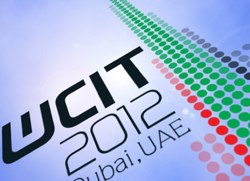 These ITRs were last updated in 1988... and the world of telecom has changed just a wee bit since then! :-)

Unless you've been asleep or offline for the past few months, you'll know that some of the countries out there are seeking to use this WCIT conference as a way to expand the ITRs to cover the Internet - and to thereby control the Internet more or to impose other business models on the Internet. Obviously a lot of people (myself included) are opposed to the expansion of the ITRs to include more of the Internet and believe that the ITRs should remain focused on the telecommunications interconnection related to the traditional Public Switched Telephone Network (PSTN).

This all will play out over the next two weeks in the meetings happening in Dubai that will culminate with a series of votes by the member states. The ITU is a United Nations (UN) entity and so each country gets a vote.

I'll not comment further here about the ITRs and WCIT, except to note that if you want to follow along with what is happening, my colleagues in the Internet Society Public Policy team (of which I am not a part) have been maintaining a site where they are curating news about WCIT:

They've been doing a great job and it's the site that I am using to keep up with what is being said out there about WCIT and the ITU.

That same team also has a great site full of background material about WCIT, the ITRs and other related information - follow the links in the right sidebar for much more material:

The material includes a good background paper on the ITRs that explain a bit about how the ITRs evolved and why they matter. The Internet Society's communications team also has a page up that they will be updating throughout the week with news:

You can expect to see social networks filling up with commentary, too... and I know I'll be watching two Twitter hashtags:

The reality is that true to the title of this blog, the telecommunications industry has been severely disrupted by the Internet. The world of the PSTN has been fundamentally altered by Voice over IP (VoIP), by "Over The Top" (OTT) applications, by SIP trunking... and so many other aspects of Internet-based communications. This WCIT event does provide a chance for all of those who have been victims of this disruption to try to push for changes that will be in their favor. Similarly, all of those wanting to ensure the Internet remains open are fully engaged now, too... and various countries are aligning on both sides.

It shall be an interesting next two weeks...

P.S. Vint Cerf's op-ed on CNN is worth a read on this topic: 'Father of the internet': Why we must fight for its freedom