Congrats to FreeBSD On Their $1 Million Donation

Wow! Many congratulations to the folks at the FreeBSD Foundation for receiving a generous $1 million donation from Jan Koum, CEO and Co-Founder of WhatsApp.

And of course many, MANY thanks to Jan Koum for giving back in this way!  As he states in his Facebook post (reprinted in that link above), the FreeBSD operating system helped him get started in his career and got him to where he is today.  This is a wonderful recognition of the power of open source operating systems – and it is wonderful that Jan Koum made this donation.

While most of the UNIX-related work in my life has been focused around Linux versus FreeBSD, I’ve used FreeBSD on a number of projects and found it quite good.  From a strategic point of view, I’m glad to see this donation to the FreeBSD Foundation to help advance its own plans.  Much of the world’s attention to “open source” matters focuses around Linux – and Linux receives the majority of corporate support and donations. But the Internet thrives on diversity and it is great to have a strong set of operating systems out there.  This donation is good for the health of the overall Internet and the open source ecosystem.

Kudos to Jan Koum for making this donation now that he has risen to such a successful point in his life where he can make a donation like this.  I hope he will inspire others who are in such situations to do so as well!

In the category of “Things I Never Thought I’d See In My Lifetime“, given all of Microsoft’s intense animosity toward anything related to Linux (ex. Steve Ballmer’s infamous “Linux is a cancer” quote), I was shocked – but pleased – to see that Microsoft’s WindowsAzure cloud platform is now supporting Linux virtual machines: 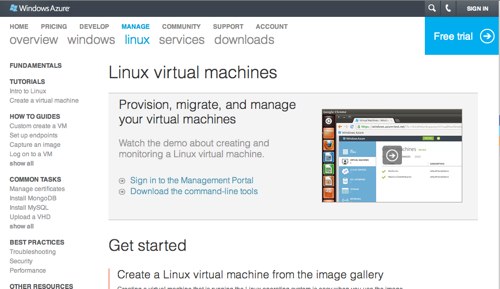 Now, it’s no surprise, on the one hand. If Microsoft wants to see WindowsAzure remain competitive as a cloud platform with Amazon Web Services (AWS), Rackspace Cloud and a hundred other vendors they need to support both Windows and Linux.

Still, given all the anti-Linux venom coming from Microsoft in those early years of Linux, I never thought I’d see this kind of change!

Slides: The Status of IPv6 and Open Source/Free Operating systems

What is the status of IPv6 support in free / open source operating systems? Recently Olle Johansson gave a presentation in Sweden where he provided, in his own words:

A status report from a brief test of IPv6 support (including DHCPv6 and SLAAC) in OpenBSD, FreeBSD, Debian, Ubuntu, Fedora compared with Windows 7 and OS/X

His testing focused on trying to answer these questions:

Basically, his goal was to see – how ready are we to run IPv6 single-stack?

Olle’s nicely made his slides available for us to see in SlideShare:

Unix Turns 40 – And IEEE Provides a Historical Look Back

The Strange Birth and Long Life of Unix: The classic operating system turns 40, and its progeny abound

I’ve been using Unix myself in various forms since the mid-1980’s. Much of my time was, of course, spent in the land of Linux… but even now I’m writing this post on an operating system that evolved out of that early Unix work (Mac OS X).

It is very hard to understate the role that Unix has played in our technology history… and this post provides some nice stories from those early days.