Recently  watched what appeared to be a fascinating globe go to auction on eBay.  It was a “James Wilson & Sons New American Celestial Globe” that was apparently from 1834. The seller included this in the description:

James Wilson was America’s first
commercial globe maker. He was born in New Hampshire in 1763 and spent much of
his adult life as a farmer and blacksmith in nearby Vermont. However, after
seeing a pair of terrestrial and celestial globes at Dartmouth College, he
decided to make his own. He began by learning geography from an encyclopedia was
instructed on engraving from an experienced engraver of maps. Around 1810 he had
created his first globe, and by 1818 he and his sons had established an
“artificial globe manufactory” in Albany, New York, where they produced globes
of three-inch, nine-inch, and thirteen-inch diameters.

I haven’t determined the accuracy of that description, but given my home now in Vermont and history in New Hampshire, this globe would have a certain sentimental as well as historical value.  It would be quite fascinating to see the world as depicted by an American in 1834!

Alas, this particular auction was a wee bit too rich for me… the winner paid $3,707 USD! 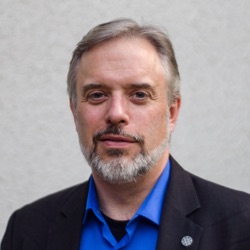